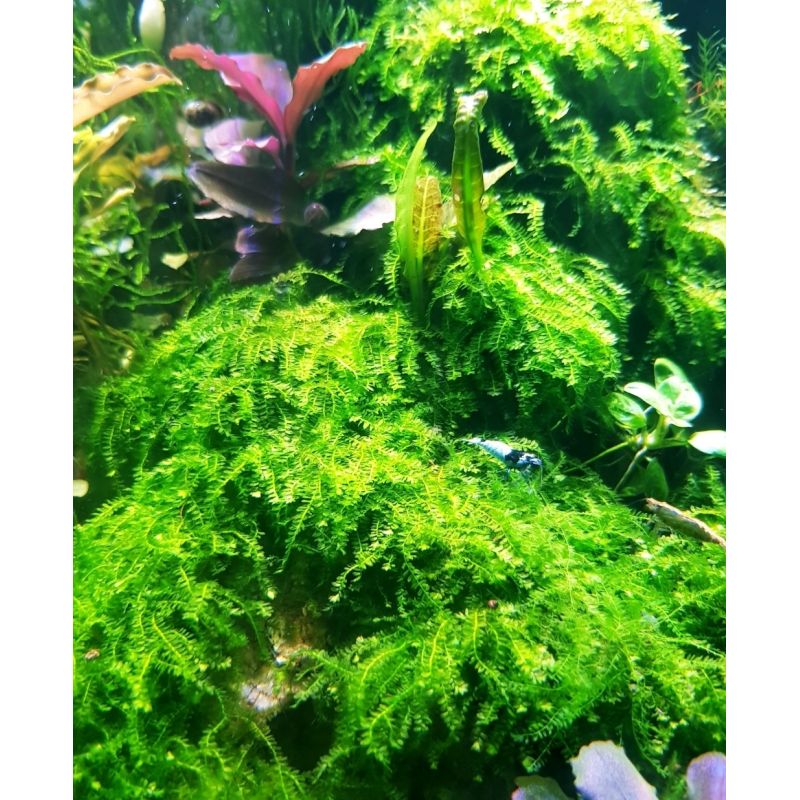 Unlike most other weeping type mosses, Pilo Moss grows very flat which makes it a great groundcover and carpeting moss.  It really looks stunning when grown to cover rocks and wood. It can form a beautiful cushion looking effect.

The Pilo Moss grown by Aquarzon is 100% true Pilo Moss. We took more than a year to patiently propagate it to have enough to offer to our customers due to its slower growth speed. The original specimen was originally purchased in Australia.

Our favourite aquascaping use of this moss is to have it growing to cover a portion of our large terraced rock. This enables a double aquascaping effect to be enjoyed which are the weeping pattern effect and the compact cushion cover effect.