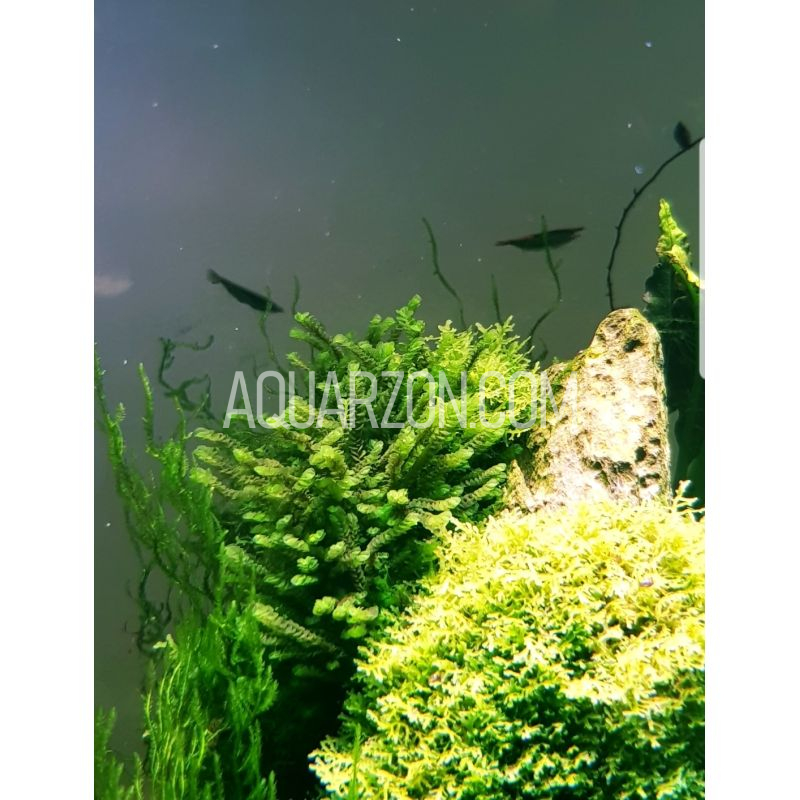 The Jade Lotus Moss propagated and sold by Aquarzon is the true and original variety that is very rare which grows vertically as can be seen from the actual photos taken here. It is actually a liverwort but can be used just like a moss whereby it is best attached to rocks or wood using aquarium super glue.

This is the true version and not the same as the native Jungermannia which is mislabeled and sold under the same name as 'Jade Lotus'. You can tell the difference by viewing the actual photos. Aquarzon had the native version before. We did a long term observation over one year  and what we found is the native version grows horizontally while the true Jade Lotus grows vertically.

The Jade Lotus Moss is a very rare moss in the aquarium hobby worldwide. Aquarzon purchased an original specimen by a highly reputable hobbyist in Australia and has carefully grown it over many months to be able to offer this to our customers. The origin of the name "Jade Lotos" points to the lotus flower. As the shape of its tip has similarity to the shape of a lotus flower, it is known as the Jade Lotos Moss. Our research on this moss which carried the scientific name "Jungermannia Truncata"  led us to data that stated this moss was officially reported 7 times in Queensland so far which is very interesting as this moss is not known to be widely distributed worldwide. It was officially reported in mostly in North Queensland, especially Cairns and surrounding areas such as Port Douglas.