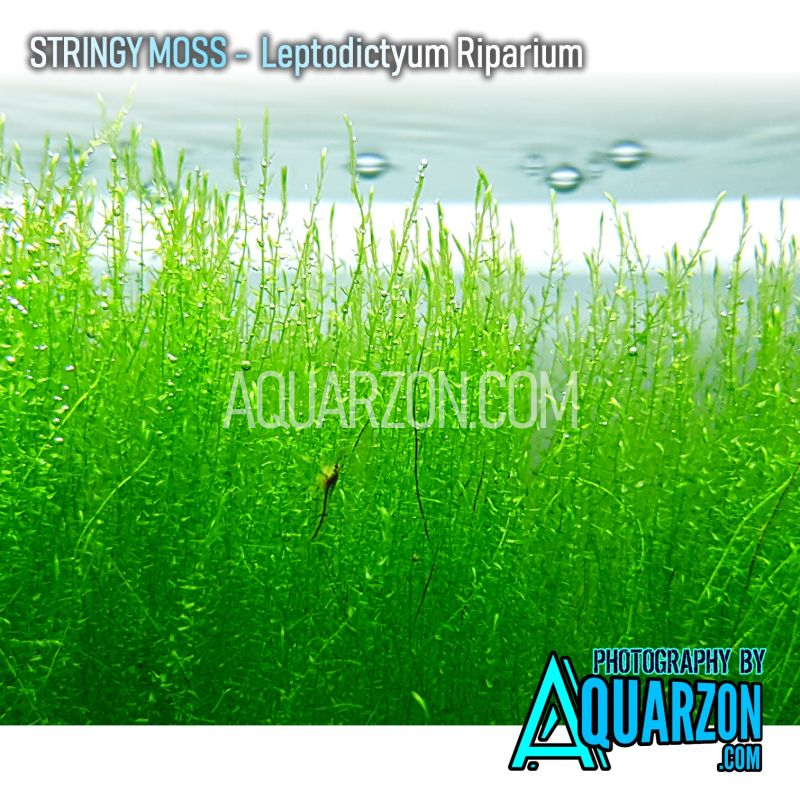 Stringy Moss is very beautiful as a midground background moss, a great and finer alternative to Flame Moss. Stringy Moss takes some time to settle to a new aquarium but once it has acclimatised, it has a similar medium growth rate as Flame Moss. It has a lighter green colour tone than Flame Moss. To create a spectacular effect, both Stringy and Flame Moss can be used in the same aquarium to create a beautiful aquascape.

Stringy Moss can be found in Australia, contrary to some inaccurate information mentioning otherwise. Atlas of Living Australia has more than 300 records of Leptodictyum Riparium (Stringy Moss) official occurences in Australia, mostly at the southern and eastern parts of Australia.

The specimen obtained by Aquarzon was originally a hitchhiker that was received when another moss was purchased. As we only had just a few very tiny bits, we slowly propagated it over a year and now have enough for sale. Stringy Moss is not to be confused with Utricularia Gibba. Stringy Moss does break into bits or infest an aquarium like Utricularia Gibba. It has a very nice and uniform vertical growth pattern when left untouched. It is a fine moss but has a great benefit as being strong enough not to break on its own most of the time. As our Stringy Moss is fully aquarium grown indoor, it is free from any outdoor pests.

We recommend positioning Stringy Moss away from other stringy type moss (Willow Moss, Flame Moss etc) or any moss that can get tangled with it. It is best positioned near or next to plants with solid leaves, for example Anubias and Bucephalandra, so that if you it is easy to be moved if you ever decide to reposition it in the future.

Below are exclusive photography by Aquarzon. We took more than 30 photos to get the perfect shots. 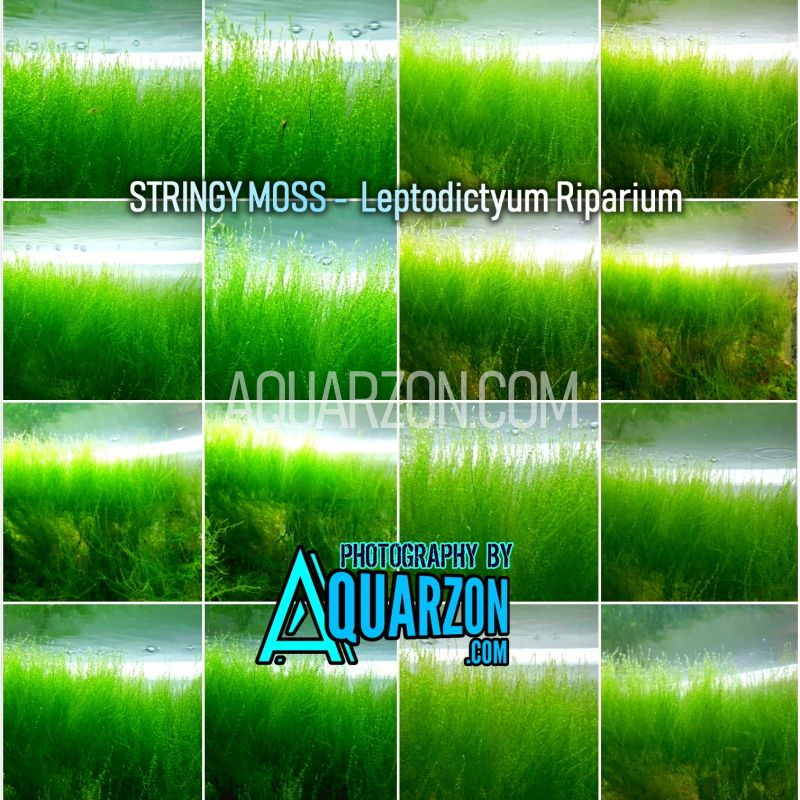 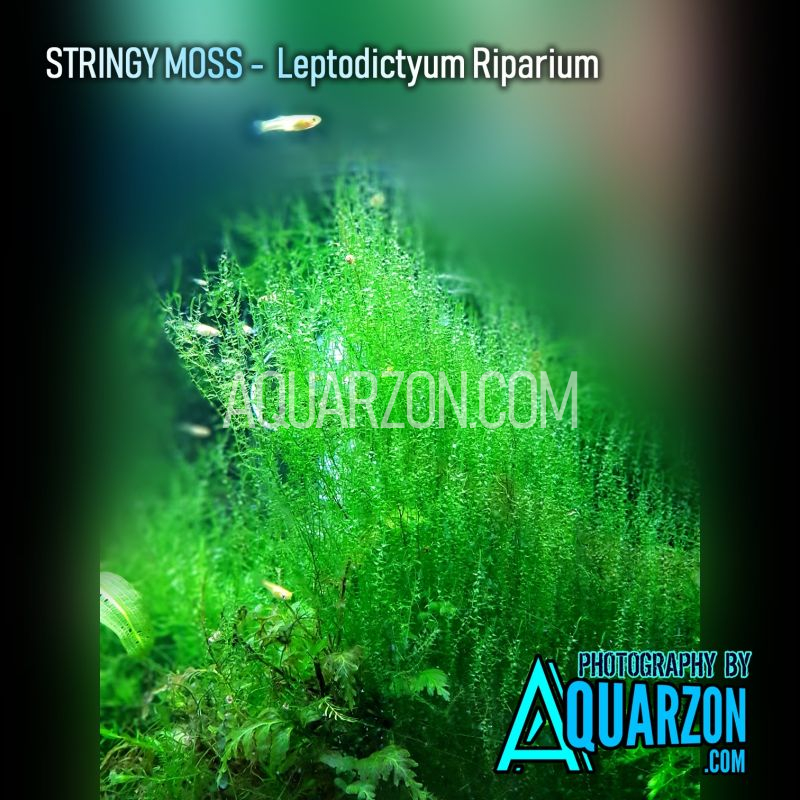 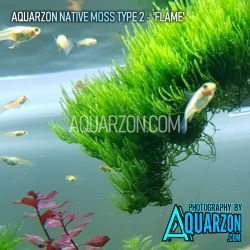