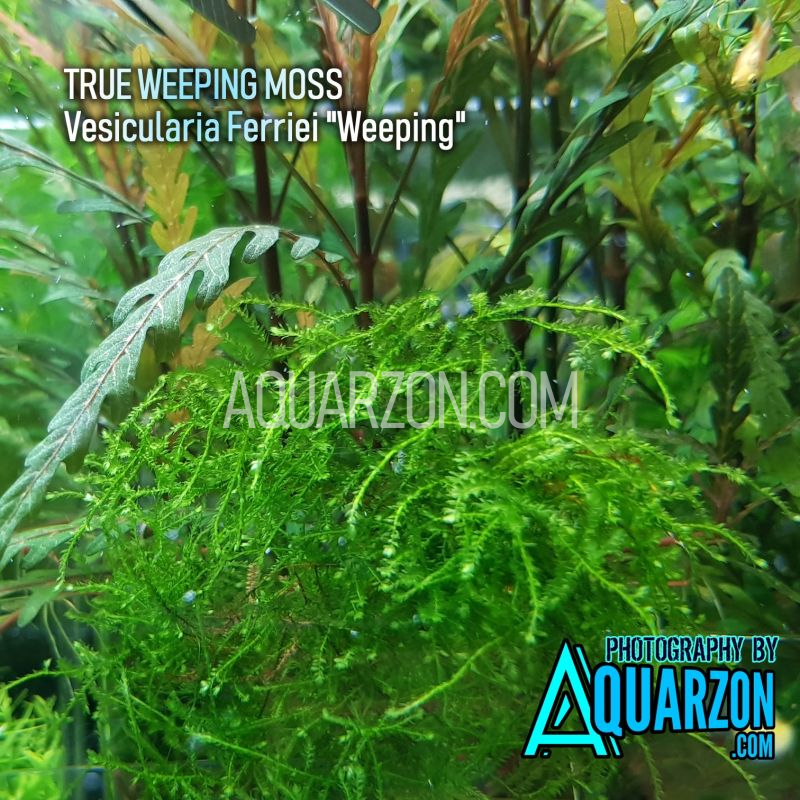 A$25.00
Price per portion as listed in product description

Weeping Moss is a very popular and highly sought after moss due to its weeping growth habit, which is great for making moss trees, moss walls and natural weeping-style bushes to create a stunning aquascape.

The Weeping Moss grown by Aquarzon is the true Weeping Moss (true Vesicularia Ferriei), originally purchased from a highly reputable hobbyist in Australia. The true Weeping Moss originates from China and was cultivated for worldwide distribution by Oriental Aquarium based in Singapore, Malaysia and China back in 2004.

It is unfortunate that Weeping Moss is one of the most often mislabelled moss by sellers. A huge majority of mosses sold under the name "Weeping Moss" are not the true Weeping Moss. The original and true Weeping Moss carries the scientific name "Vesicularia Ferriei" and can be a relatively slower growing moss. Due to the fact that only a small proportionate of "Weeping Moss" sold and traded in the Australian aquarium hobby is the true version, the true version is rarer than thought. It can also be a relatively slower-growing moss which is why it is still not widely available although it has been introduced to the aquarium hobby since 2004. 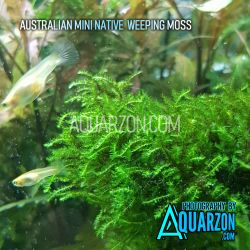 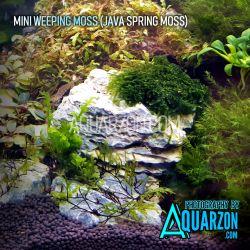